The forum where you can discuss Free Rider, and even share Free Rider codes!

This forum is officially dead, we apologise for any inconvenience this may cause.
Similar topics
Search
Like us on Facebook
Top posters
Latest topics
» Last and final post

» how about changing the forum for everyoes sake ?

The Unofficial Free Rider Forum :: Other Topics :: Other Stuff

First time I have done a game like this, lets see how it goes.

storyline:
11 people, including yourself, were enjoying yourselves on a cruise ship. Suddenly, someone kills the captain, leading the ship to go off course and land on some sort of island. Knowing that there is someone on board that is armed and dangerous, the crew must take action. They need to kill the murderer before the murderer kills them.

All you need to know (how to play, etc)

There are 4 groups of people: Murderer, Murderer's apprentice, Sage, and Tourist. There is 1 Murderer, 1 Apprentice, 1 Sage, and the rest are Tourists. The Murderer's job is to kill everyone off. He is only allowed to kill 1 person each day. To kill someone, the murderer needs to PM me who they are going to kill. The Apprentice's job is to throw everyone off track. The job of the Sage is to try to figure out who the Murderer and Apprentice are. If the Sage is executed/murdered, another one is appointed. Once every 3 days, the Murderer, Apprentice, and Sage will have to send a message to the crew, and they can put whatever they want in it.

The job of Tourists is to execute what they believe is the Murderer (or Apprentice.) Only one execution can be made per day. An execution is made when 3 votes are cast to execute the person. This means that if there are only 2 people left besides the murderer, the game is over; the Murderer won. Everyone can vote to execute someone, not just Tourists.

The following information is extremely important: The Murderer knows who the Apprentice is, but NOT who the Sage is. Nobody knows who the sage is except him/herself. In the messages given by the Murderer, Apprentice, and Sage, you will not be able to tell which one is the apprentice and which one is the Sage. A huge part of the Apprentice's job is to make it seem like he is the Sage and win the Tourist's votes.The Sage, Apprentice, and Murderer must pm me their message, so I can post it here.

the game ends when the murderer is killed 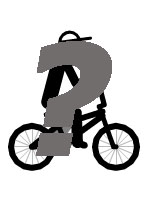 we don't have that many people smarts. 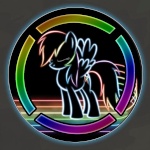 How do people get assigned parts?

Spoiler:
Credit to MagicMochi of Serebii for the sig!

My part has been assigned. I am... The child of a random tourist. FEAR MY UNDEAD BABY POWERS! See you guys in another lifetime... movie network... BAD PUN!

Similar topics
» This game sure can be adamant about wanting players to take certain weapons
» The wish game
» Outcry. The shimmering game
» What Would You Like In A New Tex Murphy Game?
» All Star Game Sliding Move From Pawsome Panda!!!

The Unofficial Free Rider Forum :: Other Topics :: Other Stuff